By clicking “Accept”, you agree to the storing of cookies on your device to enhance site navigation, analyse site usage, and assist in our marketing efforts. View our Privacy Policy for more information.
PreferencesAccept 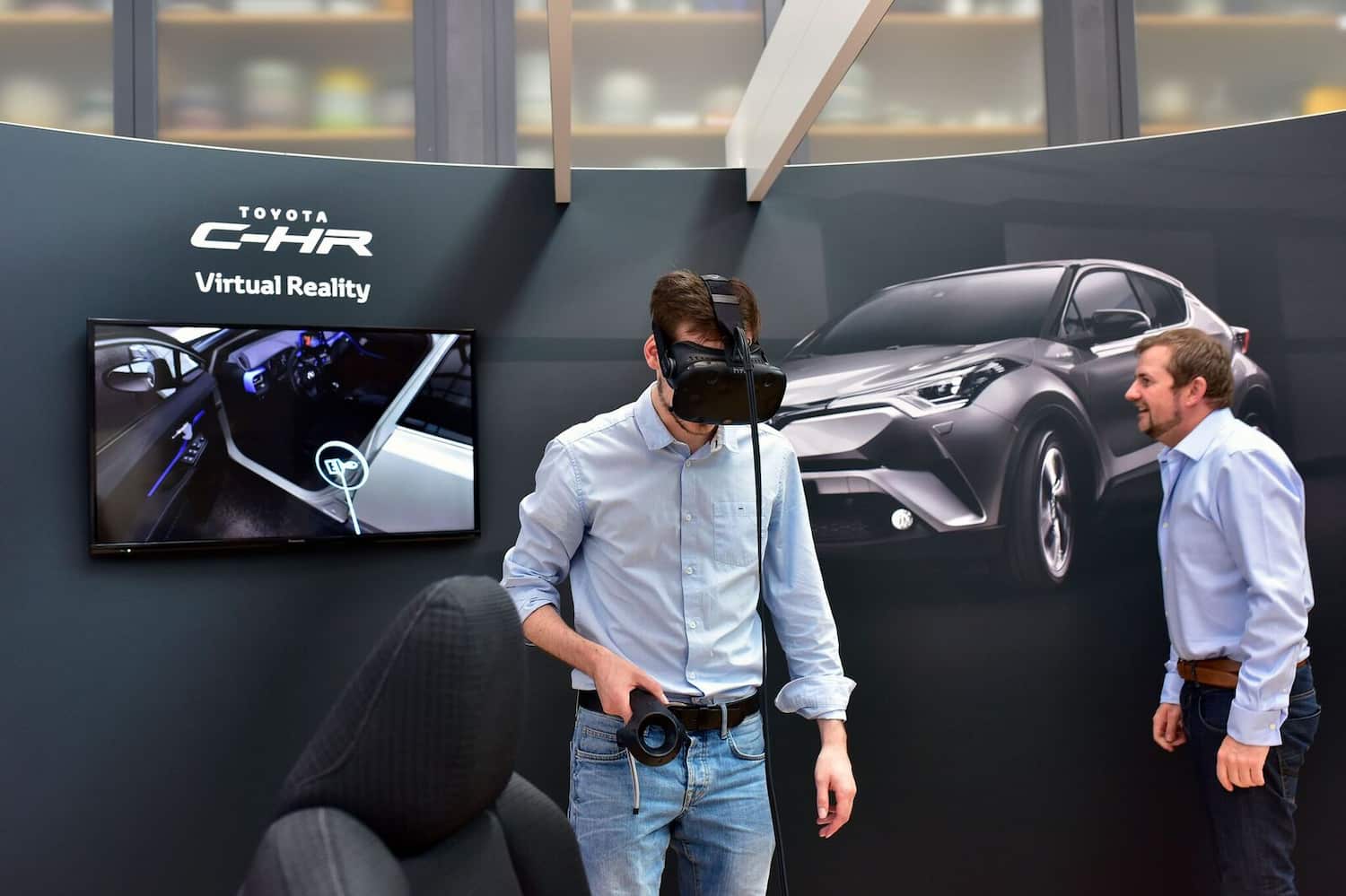 Toyota utilised ZeroLight VR in the marketing and pre-sales activity for the new C-HR, allowing visitors to explore and customise the digital car in virtual reality.

Pre-release marketing activity
In the Toyota C-HR virtual reality experience, an answer was found to the issue of marketing a car that doesn't exist yet, or has very limited availability. By installing a ZeroLight-powered VR experience at a number of busy, urban areas across Europe, Toyota was able to engage their target market and showcase the brand new model in a high impact, digital campaign that was not reliant on a physical model. In partnership with HTC, the highly detailed, configurable car appears in stunning virtual reality, using the Vive's room-scale capability to showcase the car at 1:1 size, which the user can walk around and interact with to explore.

"Incredibly immersive! It was quite amazing. I felt like I was in the car."

‍Interaction and configuration
All user controls in the Toyota C-HR experience, to interact with and configure the car, are entirely within the VR scene, with no requirement for a companion app. Within the scene, the user is able to open and close each of the 4 doors, the boot and change the grade and colour of the car. To do this, the user points their wireless controller, which projects a laser beam into the scene, at active areas which appear around the car and on the walls of the environment.

"I think for a consumer to be able to see a car like that, being able to configure it, in real-time, the colours, different interior options, I think it is absolutely awesome."

"It was so amazing. The clarity is out of this world. You're there, the car is there, it's all so real."

Taking the experience home
Users are able to continue the virtual reality experience at home, with the use of a free Google Cardboard headset, distributed by Toyota at some installations and an App available to download from the Apple and Android App Store. By registering an email address as part of the HTC Vive experience, users are able to login to the App and see the same grade and specification of car, using their Google Cardboard, or alternative viewer if they have one. Adding this to the campaign enabled Toyota to benefit from a sustainable, omnichannel experience, which allowed them to stay with the customer digitally beyond the initial, physical touch point to amplify its effect and ROI.

Deployment and Reception
Used by Toyota in busy European cities including Budapest, Milan and Madrid, the solution was debuted in the UK by ZeroLight at the VR & AR World event, drawing crowds and receiving critical and public acclaim. The experience contributed to a 5% lead conversion goal, helping Toyota to boost awareness of the model, which launches in 2017.

"VR is an enticing way for us to engage with new customers, allowing them to interact with the exciting new Toyota C-HR in a manor they have never previously experienced and in locations and environments are outside of our normal areas of operation.

Every user, including myself, is stunned by the level of detail and accuracy achieved within the Toyota C-HR VR experience, for many this is their first taste of VR, and it leaves them wanting more.

The VR experience is a great way to announce the arrival of the new Toyota C-HR and to further motivate the users to engage with our brand and potentially continue further with the sales process."

Get started with ZeroLight today

How we made “the greatest car configurator ever built”